The big winner of episode 16, in an impressive comeback, was Jim Peplinski. (UPDATE: More than two weeks after the episode aired, Lars Molin received a vote to tie the score. However, since the vote was cast at such a late date, we're going to nullify it. We spoke to Lars and he said he was fine with the decision, and he immediately went off to do some more windsurfing.)

Last episode it was an all-Canadian team battle. This time it's all American teams. Let's find out more about these gents from the back of their cards. 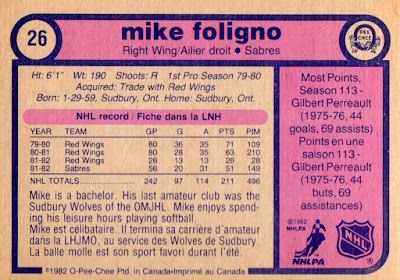 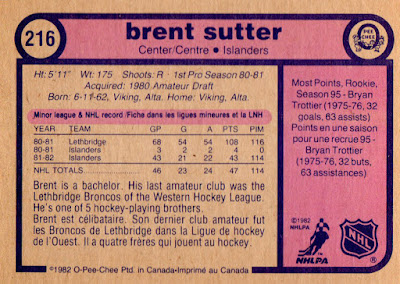 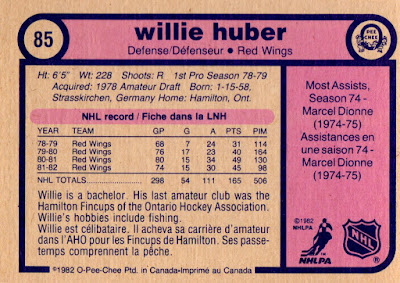 Alright folks, who's going out on a date with our nice young lady this time?
Bachelor number 1: Softball guy with the nice smile, Mike Foligno.
Bachelor number 2: Former Bronco and one of five hockey-playing brothers, Brent Sutter.
Bachelor number 3: Fishing enthusiast Willie Huber.
at May 30, 2021