Hey Mr. Hershiser, how many years old is this blog?

My intention from the start was to post once a week—every Sunday—and I'm happy to say that I've held to that schedule the entire year. I think the format works well (hope you do, too), and I'm certainly going to try to stick to it for year number two.

All in all, it was a fun first year of blogging.

If you're a reader, thanks so much for spending some time here throughout the year. If you're also a fellow blogger and collector, thank you for providing inspiration through your blogs and collections. I'm grateful.

Goals for the second year include completing a few more sets, creating more custom cards, and running a contest of some kind. But I think I need a larger readership before I try the contest.

If you know someone who might enjoy this blog, would you do me a favor and share it with them?

Here's to another great year of blogging and collecting for everyone.
at December 29, 2019 24 comments:

The original version of Tron hit theaters when I was still just toddling around. Even as I grew into childhood, though, I wasn't much of a sci-fi/tech/computer kid. I didn't watch the film back then in the '80s, and although I've seen it since, the story line still doesn't do it for me all these years later.

The artwork, however? That's a different story. 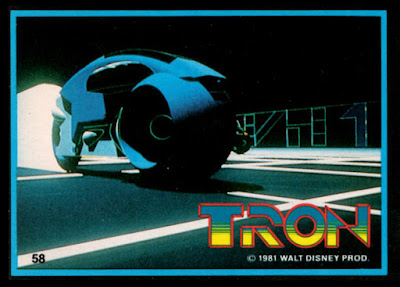 A big reason I appreciate that portion of the franchise is that one of my favorite concept artists, Syd Mead, was a main contributor. Look at the colors and circuitry within the mainframe's world. Definitely look at the light cycles. Yep. Syd Mead. 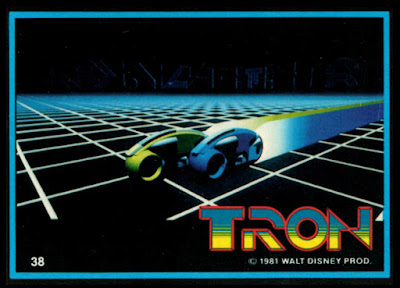 And a few months ago I had the opportunity to pick up some prints that feature Mead's design work.

The shapes, the angles, the colors. There's 1980s goodness everywhere you look. 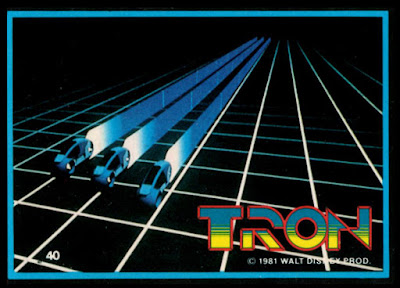 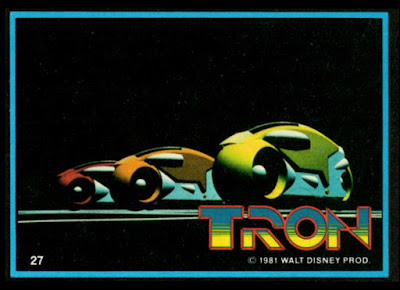 But just look at how cool they are.

And because an original art print from Syd Mead probably costs more than I'd like to spend, I'm going to consider these art prints. Is that alright?
at December 22, 2019 12 comments:

While preparing a big stack of 1990-91 Upper Deck hockey cards for a trade, I came across a bit of an anomaly. Have a look at the player names on these two cards, which happen to fall right next to each other in the set:


Ah, coffee and beer. Two timeless beverages that many people can't seem to do without.

Do you think someone at Upper Deck was exhibiting their sense of humor by placing these two cards next to each other? Well, at first I wasn't convinced. But not much farther into the stack I came across another two, also consecutive:

Well, now I had to look through the rest of the set.

And I did. Thoroughly.

Although I didn't find any other consecutive cards featuring food or drink pairings, there were some other food-related names scattered throughout. In fact, along with the Coffey and Beers, it turns out that you could put together a pretty decent meal. Here's the menu:


Main course: Lamb Shank in a Basil and Kurri sauce, served over Rice

Icing. Please don't boo me for adding that hockey rule to the dessert.

I'm sure there are plenty of other food-related names out there in the sports world. (Coco Crisp, anyone?) Can you think of any? Leave some examples in the comment section.

We didn't receive any votes for episode 6, so we'll leave voting open for the time being. Now let's start the 7th round and introduce our bachelors selected by the randomizer! [APPLAUSE]

It's an Original Six showdown!

Now lets find out more about these gentlemen from the back of their hockey cards. 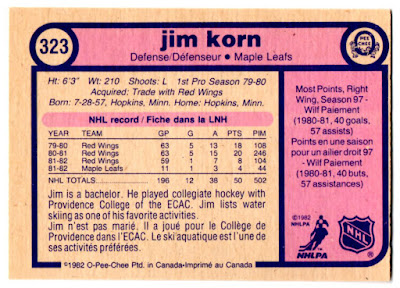 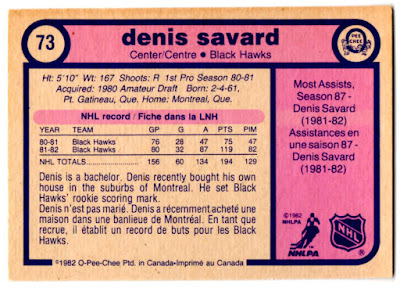 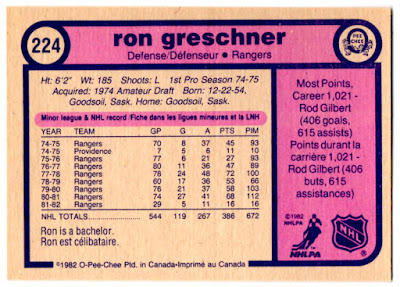 Ron, Ron, Ron. You've got to be a little more friendly than that.

Time to choose your winner. Who will it be?

Bachelor number 2: Denis Savard, who just bought his own home and can probably do a good spin-o-rama on the dance floor.

Bachelor number 3: Ron Greschner, who can put up some really good point totals from the blue line despite being the most quiet bachelor we've ever had on the program.

While putting together some information for a 1990-91 Score hockey set review earlier this year, I was reminded of something:

It's that many of the new brands of hockey cards released in the early 1990s were surpassing Topps in the photography department. Specifically, while Topps was still featuring a few too many images of hockey players standing around during warmups, new brands such as Upper Deck and Score were taking better advantage of hockey's speed and grace and dynamic nature, using more action shots on their cards.

By itself, there's nothing wrong with this card. You get a clear shot of Brett Hull smiling confidently right at you. (And why not, when you score a million goals a year?) And I completely understand that it's nice to feature some of the league's star-studded players up close and without helmets obscuring their faces and glorious hockey hair.

But when you have too many of these images in your set, it gets a little stale. Especially compared with another Brett Hull card from the 1990-91 season.

When I look at this card from Score, I think If only Topps used an image like that.

The Score image wouldn't work very well on the vertical Topps layout, but there's good news: A horizontal layout did exist for the 1990-91 Topps set. It was reserved for the team cards.

So with a little bit of editing and cleaning—and mixing and matching—I came up with the following "what if" card.

Topps matched the colors of their card borders to each team's uniform very nicely for this set, and you can see that here. Also, the stars running across the top of the card happen to follow the action and direction of Hull's follow-through, and that really helps nail this card down as a success in my book.

I think the adolescent version of me would have been pretty happy finding this card inside a wax pack during the 1990-91 season.

And you know what else? This is my ninth custom card, which means I've got enough to fill up a binder page. Here's how they look: 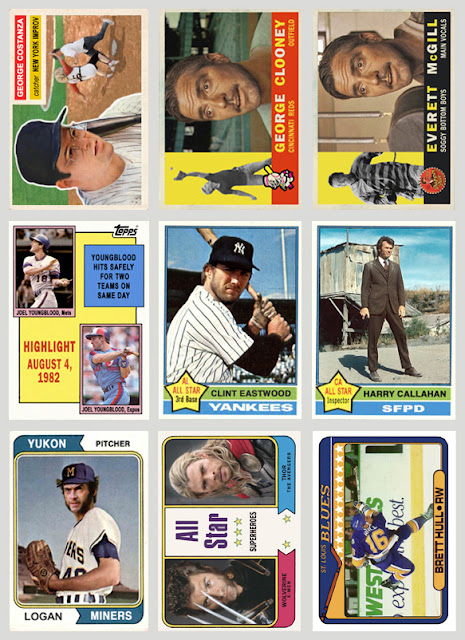