Oh, the majesty of this follow-through: 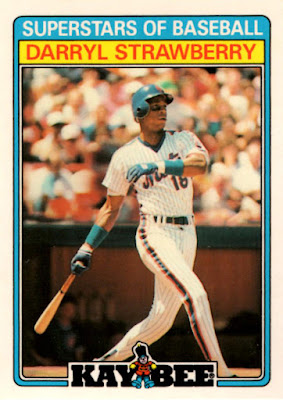 And it wasn't just looks, of course. Darryl was utterly dominant for a few years there in the 1980s, and played a big part in leading the Mets to the World Championship in 1986, the year before this baseball card hit shelves at Kay-Bee toy stores everywhere.

Mr. Strawberry hit 27 home runs in that championship year, and it's quite possible that the very swing you're looking at resulted in one of those 27. Just look at his eye line. Seems like he's tracing the flight of the ball as it soars through the air, soon to be headed over the right-center field wall at Shea Stadium.

In 1987, while kids were sorting through the 33 cards in this boxed set, Darryl was busy adding up even more home runs and stolen bases, and would join the esteemed 30-30 club by the end of the season (39 HR, 36 SB).

Here's a scan of the card back: 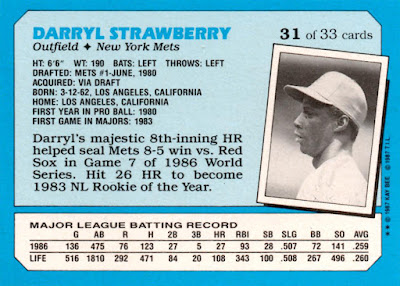 The blurb about the majestic home run he hit in Game 7 of the World Series matches perfectly with the image on the card front, doesn't it?

And here's another perfect match:

He hit that home run 33 years ago today.

As for the man himself, he had a great career (1983 NL Rookie of the Year, 8 All-Star games, 2 Silver Slugger awards, 3 World Series rings, 335 home runs, 1,000 RBI). But some troubles off the field, injuries, and illnesses meant that career could have been even better. And if his career had panned out so completely, the image on the front of this baseball card could have very well been used as a study for the bronze statue the Mets would have made for him and placed outside of Citi Field. Just scroll up one more time and picture that image in bronze.

For celebrating the athlete's dominance, wondering what could have been, and most of all for that glorious follow-through, 1987 Kay-Bee Superstars of Baseball #31 has a spot in my box of favorite cards.
at October 27, 2019 4 comments:

Have it Your Way (with Baseball Cards)

Until a few months ago, I didn't know that Burger King ever issued baseball cards in panels like this. And when I saw this particular version on a trade partner's list, I had to grab it.

Well, I like oddball cards. But also, the guys you're looking at were two of my favorite players when I was a kid. I'll explain this way:

So, this Burger King panel spoke to me. It said, Have it your way. (With baseball cards. About 30 years later.)

Like many oddball sets, the quality of the design and photography can vary. However, I think this panel is better than average. Even with the team logos having been airbrushed from the player caps, I like it.

Also better than average. Nice job on the write-ups, I say.

And here's the complete list of players in the 20-card set, by panel:

Mostly predictable choices, but some unexpected ones too. What I find interesting is that the cards almost run in alphabetical order. But not quite. If they had, Don Mattingly would have been paired with Tony Pena instead of Ozzie Smith. So, due to a clerical error it seems (or maybe removing a player at the 11th hour and replacing him with another?), two of my childhood favorites appear on the same panel. Bonus.

Now here are some questions for you:

(1) Which two players from your childhood would you want to appear side by side on a Burger King panel?

(2) Should I go with the Croissan'wich for 99 cents, or the free Whopper?


Oh, and if any of you are wondering about the "have it your way" reference, here you go:

A Custom Card with a Custom Backstory

Today's custom card was inspired by an obscure Major League pitcher, and features a man with special powers who tried to spend some of his younger days in obscurity.


Any guesses for the look-alike? Here are some hints:

Grow those sideburns down even farther, and make the hair a little more wild.

Add him to a well-known team of superheroes.

Just hope he keeps his claws from tearing up that baseball glove. 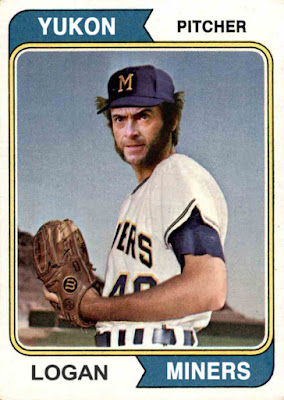 Wolverine (a.k.a. Logan) has been everywhere over the past couple of decades. But I've got to say that I'm not a big comic book or superhero guy. I haven't even seen any of the X-Men films. That means for this custom card I had to do a little research on the guy.

It turns out that he spent some of his young manhood in the Yukon, living in deliberate obscurity on a mining colony. In fact, that's where he adopted the name "Logan". And all of that is excellent news, because it helped me come up with the perfect name for his baseball team: The Yukon Miners.

How well does it work?

Just have a look at the image on the card once more. There's an "M" on his cap, originally for Milwaukee, but that can easily stand for Miners. And on his jersey you can only make out the E-R-S from the word BREWERS. Well, now it's the E-R-S in the word MINERS. There's even the edge of a mountain and a wide-open blue sky in the background, which would certainly match the scenery of the Yukon.

And after a long week of mining, I could picture Logan and the boys winding down with a game of baseball on Sunday. After all, the same sort of thing happened in farming towns all across America in the early 20th century.

Maybe someone from Marvel Entertainment will read this post and add the baseball-themed backstory to a future X-Men film. They've got to run out of material at some point. And Logan would make quite a pitcher, don't you think?


Now let's get to the man on the original card, Jerry Bell.

After being selected in the second round of the 1969 amateur draft by the Seattle Pilots, he'd have a short four-year career in the majors, all with the team the Pilots would soon become: the Milwaukee Brewers.

Interesting note: Bell threw right-handed, but batted right-handed and left-handed. Not quite Wolverine superhero level, but rare for a pitcher nonetheless. The switch-hitting didn't do much for him, though. Bell only had one hit—a single—in 14 career at-bats. He also had a sacrifice bunt.

There's not much additional information out there on Mr. Bell. According to his 1973 Topps card (which has a very similar picture on the front compared with the 1974 version), Bell had good control and spotted his pitches. And he was a basketball MVP in high school.

So I guess you could say that both Logan and Jerry Bell have a bit of a mysterious nature.

At least now they're both captured on a baseball card.

The design of the 1974 Topps all-star subset diverged from the norm. Not only did the cards have a horizontal layout this time, but they also featured two all-stars per card: the National League and American League representative at each fielding position. This resulted in some attractive combinations, such as Carlton Fisk/Johnny Bench, Dick Allen/Hank Aaron, Rod Carew/Joe Morgan, and Reggie Jackson/Billy Williams.

It also provided a great opportunity to feature two superheroes on the same card. I chose Wolverine as one all-star, of course, and for the other I went with Thor. 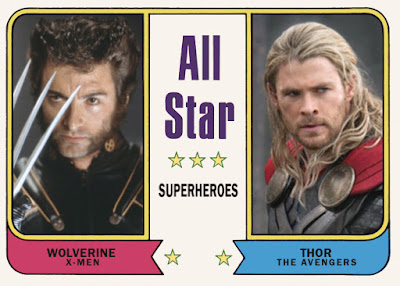 I know that's quite an outdated image of Wolverine, but it shows him in a uniform of sorts, and that makes a better parallel to baseball players and their uniforms. (Otherwise he would be wearing a leather jacket or flannel shirt or something.)

As for the rest of the card, the "A.L." and "N.L." designations that appeared next to the banners in the original design didn't really make sense, so I replaced them with the star design. The player name and team name, however, work perfectly, as Wolverine is a member of the X-Men and Thor is a member of The Avengers.

Another fun project complete. Thanks very much for reading, as always.
at October 13, 2019 2 comments:

Middle school, early 1990s. That's when I began playing ice hockey and following the NHL. It's also when I began studying French in school. And it wasn't long before the two came together. Here's how:

After months of vocabulary lessons and hockey card collecting, I began to notice that certain French-Canadian hockey players had surnames that actually meant something in the language. Sometimes the name described a trade or skill, other times a geographic location, and still other times an appealing characteristic of some sort.

It shouldn't have surprised me. This kind of thing occurs in most cultures. Think about English-language surnames like Baker (trade), Meadows (geographical), or Young (characteristic). Maybe the adolescent version of me was just excited that he was applying the French language to something he enjoyed outside of the classroom.

In any case, as my knowledge of hockey players grew, so did the name recognition. Now that I've got a blog, (and now that hockey season is here), I thought it would be fun to bring trading cards into the equation.

So, here's a list of NHL players, past and present, with French-Canadian names that hold meaning. I've included the full name, the English translation, and a trading card to represent each player. It's not an exhaustive list by any means, but it still makes for fun reading.

Here are the players, in alphabetical order:

(Note that it's been quite a while since I've studied French, so I leaned on Google Translate, which often provides translations that are rather literal and clunky. In those cases, I dug a little deeper in order to come up with something more elegant. If you speak French and you've got an even better suggestion for any of the names, by all means add it in the comment section.) 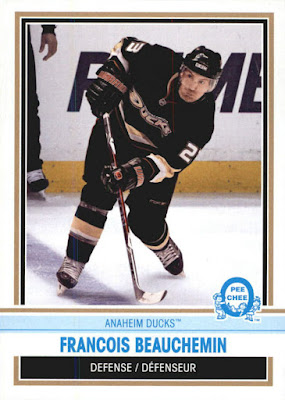 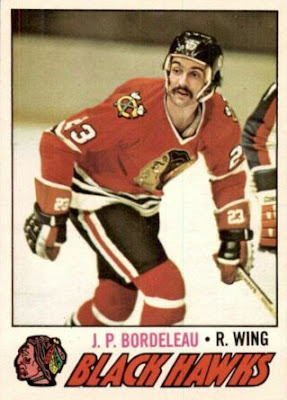 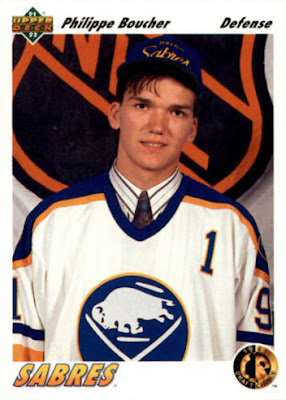 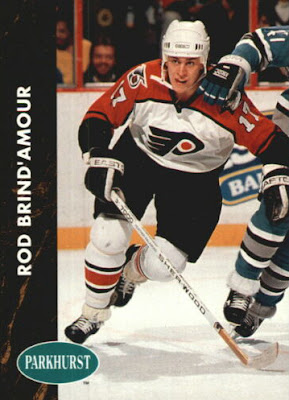 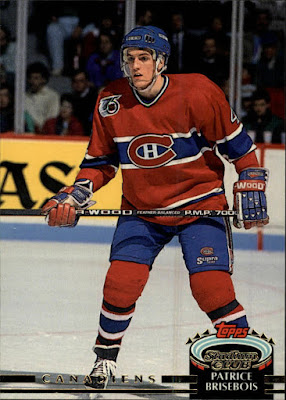 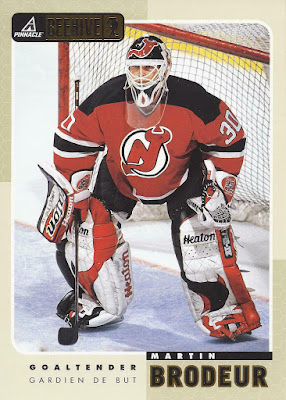 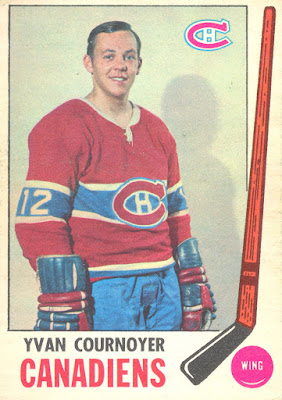 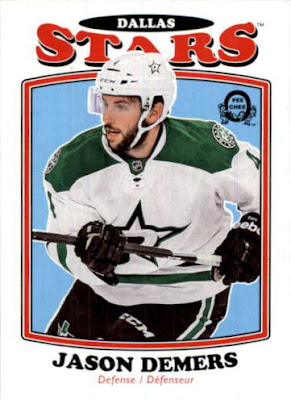 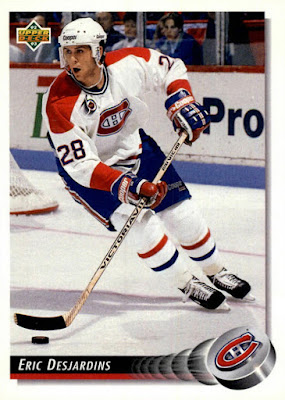 Eric of the Gardens 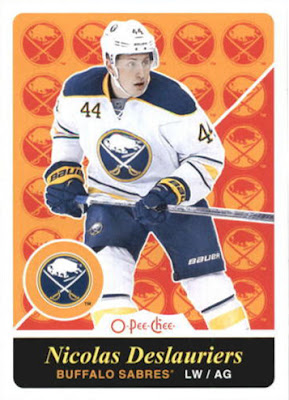 Nicolas of the Laurels 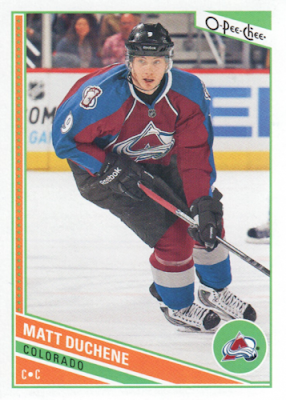 Matt of the Oak 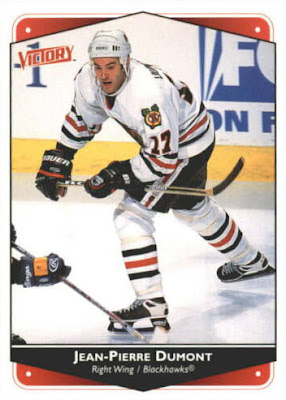 Jean-Pierre of the Mountain 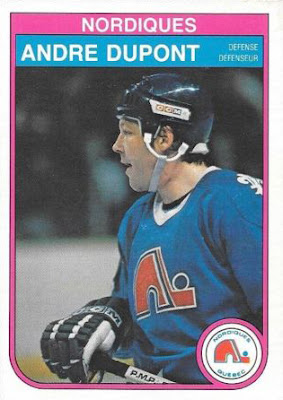 Andre from the Bridge 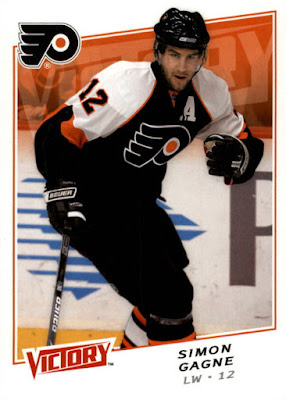 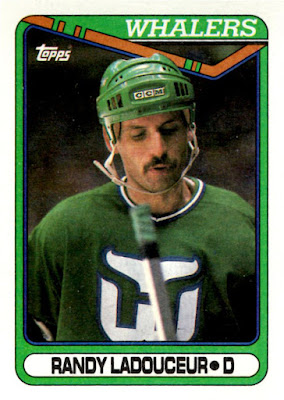 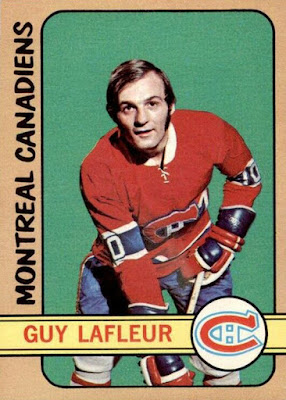 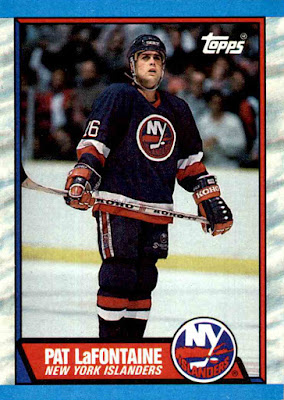 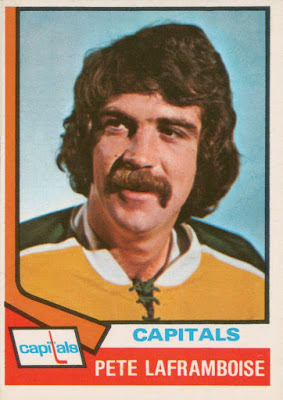 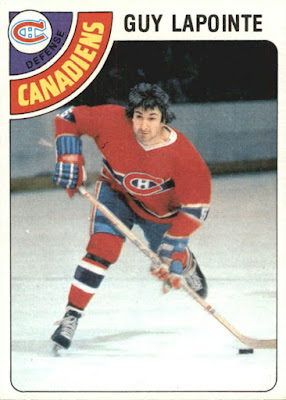 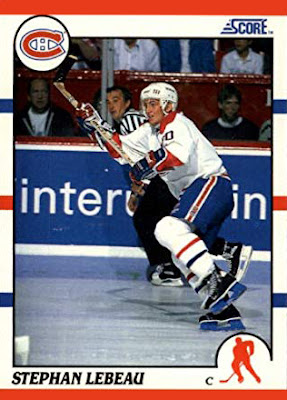 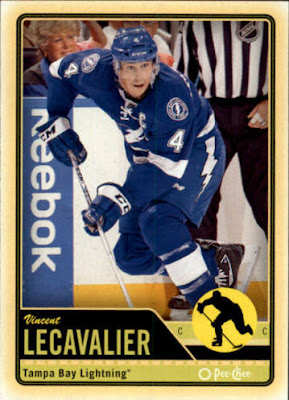 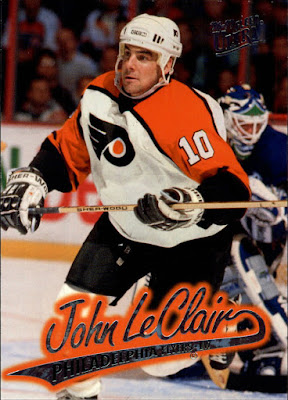 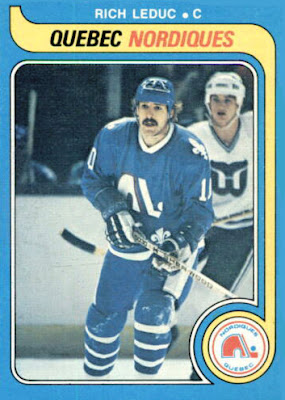 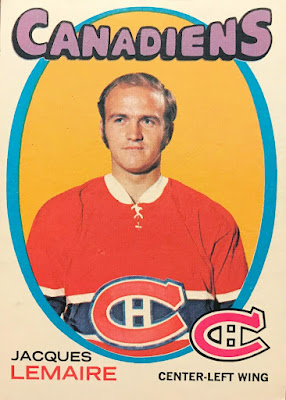 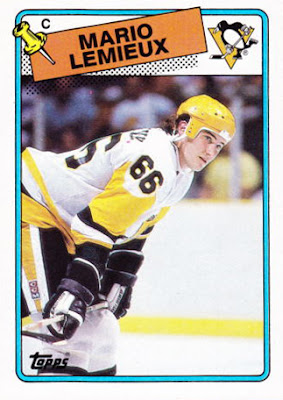 
And there's the list. Pretty good name to end on, right?

Can you think of any additional French-Canadian hockey names that I missed? Any French speakers out there with a better translation for some of these names? Let me know in the comment section.