A couple of months ago I completed the 1989 Topps football set, and noted how the "tube sock" stripe design on the card borders is both fun and fitting for the era. See?

Since then I've looked a little more closely at that design element, and a couple of questions have come to mind.

(1) How did Topps decide on those color combinations for the stripes?

(2) Why didn't they just match the stripes to each team's official colors instead?

Well, the first thing I thought I'd do is count up all the different color combinations that Topps used. It turns out there were 11 different stripe patterns used throughout the set. Eleven.

That answers the first question. Now for the second question: matching the stripes to each team's official colors.

After giving it a little more thought, I think I understand why Topps didn't go that route. There were 28 teams in the NFL at that time, which would have meant 28 different designs to come up with.

Now that doesn't exactly seem like a daunting task. It's only three stripes per card. But I suppose coming up with 11 random stripe designs is still easier and quicker than 28. Maybe it was more efficient when it came to ink distribution, too. (And perhaps cheaper? I don't know.)

In any case, even if that does answer the second question, I couldn't just leave it there. I wanted to see what the cards would have looked like if the stripes did indeed match each team's colors.

For one example, have a look at David Little here. 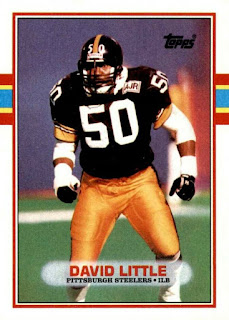 Not a bad-looking card of the big, hulking linebacker by any means. But look at him after the redesign. 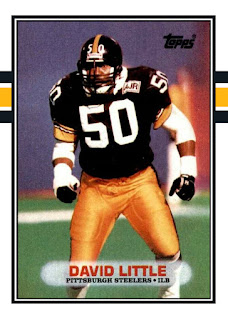 The black and gold stripes make him look even more menacing, don't you think? 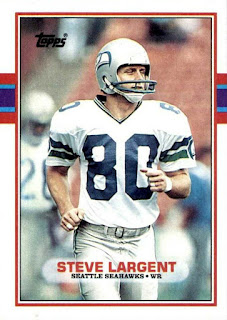 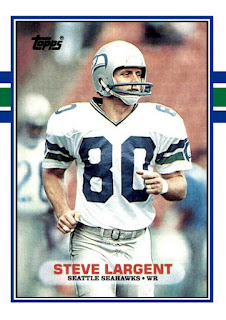 And those two samples turned out well enough for me to want to run the full gamut. So here's one card for each of the 28 NFL teams, in alphabetical order by city. I tried to choose images that had a true, classic "football card" look to them. Hopefully I did your favorite team justice.

I think my favorites at the moment include Denver, Green Bay, Minnesota, and Philadelphia.

Similar to the Fleer baseball sets of the era, the cards in the 1989 Topps football set are arranged by team. To get the full effect of the stripes, I thought I'd mock up a couple of nine-pocket pages.

First, here's a page of Pittsburgh Steelers with their original (and random) stripes. 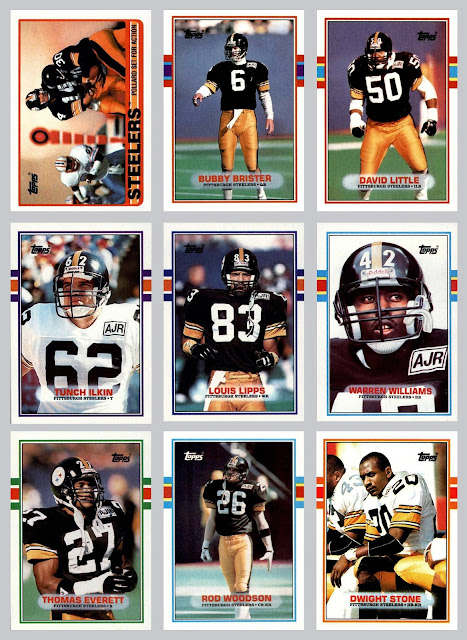 And now here they are featuring the matching team colors. 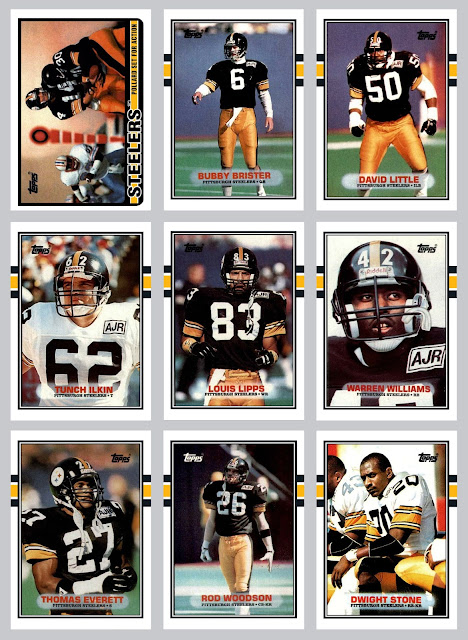 Same thing for the Broncos. Here's the original page. 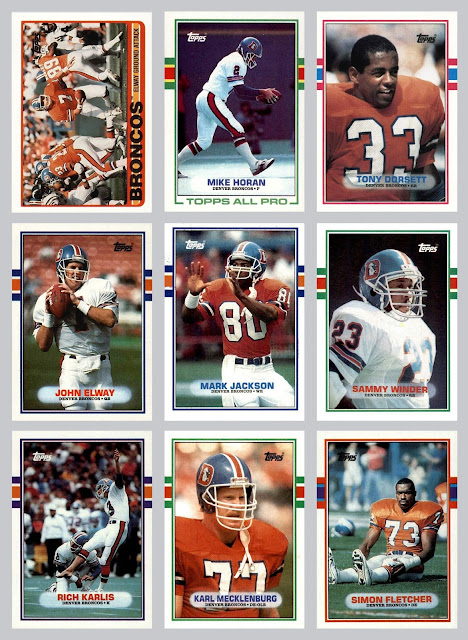 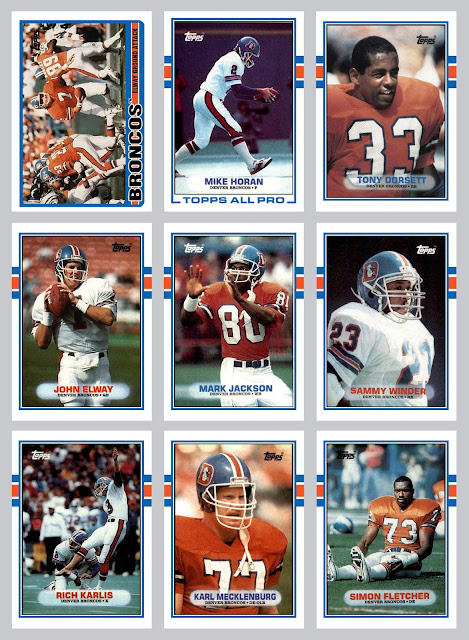 What are your thoughts? Would this set have been more appealing back in 1989 if Topps had color-matched the stripes to each team? Or were the random stripes kind of fun and fitting for the decade? Maybe both can be true.

Let me know in the comment section. And thanks for reading, as always.