Have a look at the information printed on these card backs from the 1987 Kay Bee Superstars of Baseball set. 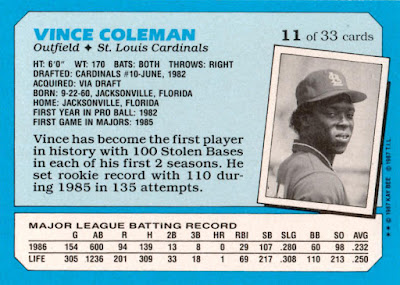 Vince has become the first player in history with 100 stolen bases in each
of his first 2 seasons. He set rookie record with 110 during 1985 in 135 attempts. 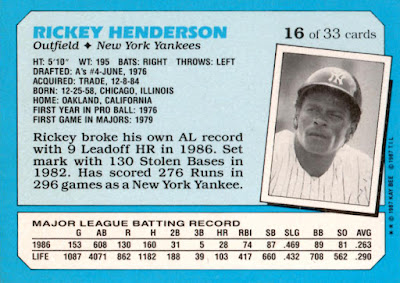 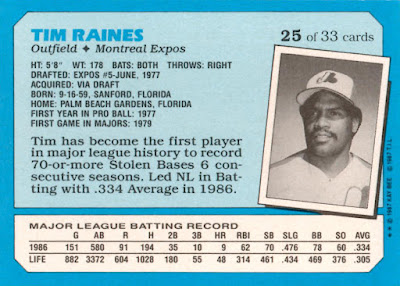 
I sure wish managers would give their players the green light a little more often these days. Baseball needs to be fun. Pitchers need to be nervous with runners on base again.
at June 09, 2019